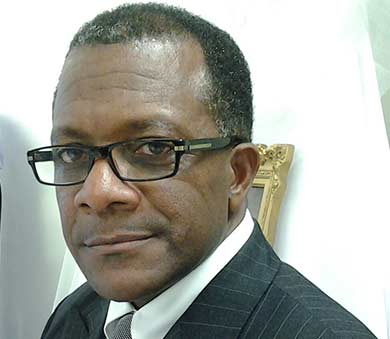 Pastor Sam Livingston is a native of Georgetown, SC. He is the last of eight children who attended school in Georgetown County and graduated from Howard High School. While attending Howard he played basketball, baseball, took vocational classes for auto body paint and repair, and excelled academically.

Pastor Livingston believes in giving back and has served in several civic capacities over the years and is very active in his hometown and church community.

Pastor Livingston is a Certified Residential Energy Auditor, Published Author, Competent Toastmaster and a former Radio and TV ministry host. He is employed at Santee Cooper where he currently Manages Retail offices in Pawleys Island and Garden City.

Pastor Livingston is married to the beautiful Meraldine Hicks Livingston of Georgetown, South Carolina and to God's credit they have a son Sam Jr. and daughter Candace.